How ATS Automation Helped To Build The Recruitment Realm

Is your process so inconsistent that you feel like you are stuck with one position forever?

Or, you are never being able to keep candidates on loop?

As I have told you many a time before, this is not a problem only you are facing. A lot of recruiters face a similar problem. Sometimes, you don’t have enough team players who can take care of everything. Or, everything is there, but something goes wrong and you don’t know what that exactly is.

Today, I am going to tell you a story about an organization’s recruitment team who used to face similar problems like you. But, before I start, make sure you subscribe to our newsletter to get notified about insightful recruitment stories!

Tavisca Solutions. Interesting name. Isn’t it? For those who don’t know about Tavisca yet, it’s a travel technology solutions company which provides resourceful software platforms and solutions to the travel industry. It provides solutions over a wide range of areas including solution definition, creative design, product development, and mobile application development.

You can easily understand how recruiting right people to make their mission successful has been a cause of pain for them over time.

After so many fusses, they found out one single solution to all their problems: ATS Automation!

Want to know how? Let me tell you to step by step!

Being a product development company, Tavisca is always very choosy about the people they hire.

Did I tell you before that Tavisca started its journey in the year 2008? Yes, it’s an eleven-year-old organization now!

As we all know, a start-up doesn’t just start their journey by hiring a lot of people right away. Similarly, Tavisca too had a very less hiring volume back then. They used to hire 40-60 people in a year. They used to conduct 20-25 interviews for one position and make one offer.

Their declined ratio was not that bad too. With such an amazing concept of product development, the recruiters were always successful to get 16 out of 20 offered candidate joining them. The team of 7 enthusiastic recruiters didn’t need the help of any ATS Automation to maintain the 80% hiring ratio.

After that, the years passed. And with the changing requirements, the entire picture of Tavisca’s hiring process changed.

Why Did The Post Acquisition Era Need ATS Automation Badly?

Post Acquisition era brought a drastic change to the entire recruitment scenario. The hiring volume increased up to a level where there used to be a requirement of 30-40 people per month.

Hence, the tried and tested method which once brought 80% conversion ratio, started to show signs of failure. Taking 25 candidates through the entire recruitment life cycle manually every month for each hire and repeating the same task 30 times a month manually was next to impossible.

They increased the recruitment team, collaborated with more and more vendors. But nothing helped.

After a lot of trial and error, they landed upon the decision of cutting down all the manual work and being depended on ATS Automation completely.

And how the ATS Automation helped them to go completely paperless? Let’s hear it from the recruitment team only!

When ATS Automation Brought Satisfaction To The TA Head

“You know, we are the gatekeepers of the company. A bad hire on my part will end up spoiling the whole culture.” – Manav Prasad, the Talent Acquisition Head of Tavisca told us when we asked him about his job responsibilities.

This is not only his words. He believes in them solemnly and puts all his heart and soul to make that happen every single day.

As the post-acquisition era increased the hiring volume all of a sudden, Manav started facing some issues with it.

Even though the hiring volume changed, the interviewers were the same. They didn’t want to compromise on the quality of the hiring at all. But the challenge for Manav as a TA Head is definitely to scale up since the goal is to hire more people with the same level of quality in terms of the attitude of the person, how much culturally fit the person is, how much does his skill set match with the requirement. Do you know what that means? Scheduling more and more interviews.

Again, Manav didn’t want to go down that path. He believes that interviewing more people means burning internal resources. He wanted something which can filter the candidate profile to a level where they only get the best ones.

“Instead of 25 interviews, now we conduct 5 interviews to make one offer. And that’s a pretty good ratio when it comes to the hiring process.”- Manav explained in a satisfied manner.

Wonder what made it happen? None other than ATS Automation, of course!

“Our journey is interacting with candidates, making them comfortable, branding our company and getting them on board with amazing candidate experience. I don’t think that is possible without a human touch.”- Stated Prashant, the technical recruiter of Tavisca while playing with his Hulk toy casually.

Don’t judge him by his desk full of toys and quirky quotes. Prashant has been in the recruitment world for the past 6 years and has dealt with all the worst nightmares a recruiter can have. You can say, he has got his hands dirty tons of time to escape the recruitment hell.

Prashant believes in following his tricks and hacks when it comes to recruitment. He uses all his brain to find out new methods for sourcing candidates. But, with the changed recruitment scenario of Tavisca, he was getting a feeling that his recruitment method is losing its natural charm, as he is not at all being able to find out new tricks to source candidates.

When ATS Automation started taking care of all the manual work, Prashant was back in the recruitment game!

Mona, too, was tired of attaching papers one after another to the candidate CV after every round of interview Do I need to say again that ATS Automation solved her problem too?

“Every hiring manager wants a Super Candidate. I mean, a Superman among the candidates who will be perfect in every aspect. And they don’t want to settle down to anything less than that.” – Mona stated when we asked her about the cooperation with hiring managers.

So you can understand how their requirements keep changing in the hunt of their Super Candidate. Going to a recruiter every time, following up with them win a regular basis about the status of the requisition was a huge hassle for them.

After the ATS Automation, creating a requisition was very easy, as it is the matter of one single click now. Also, following up with recruiters was not necessary, as they can see the entire candidate journey in one place!

Due To ATS Automation, Interviewers Are Not interrogated Anymore

It’s been five years that Chetan is one of Tavisca’s important interviewers.

Once he was tired of recruiters chasing him again and again for feedback collection when he was too busy to give the feedback.

A candidate’s future depends upon the interview feedback a lot. That is why Tavisca’s feedback system has been evaluated to a level where the candidate can find out the areas of improvement and work on that properly.

Of course, you can’t just rush into it and write anything you want. Isn’t it?

After ATS Automation, nobody chases him!

He just receives a notification every morning around 8 am reminding him that he has one feedback pending so that he can work on his schedules to make a breathing space and sit, think, give his feedback which can be way more useful to build candidate experience.

This is the story of Tavisca’s recruitment realm in nutshell after they thought of ATS Automation and ended up implementing it.

Do you want the same picture in your organization too? Schedule a demo with us, and let’s have a small chat then! 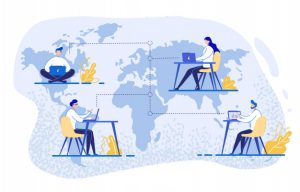 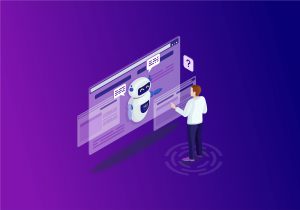 How Recruitment Chatbots Are Revolutionizing The Talent Acquisition Landscape

Recruiting top talent, engaging them and successfully onboarding them is a priority for every organization. However, hiring is also a  highly resource intensive activity. According

This Week We Have Worked On The Little Things That Matter Much!

Publish page now has a common location group filter for all the sources including the staffing partners. The filter works exactly like it worked earlier, 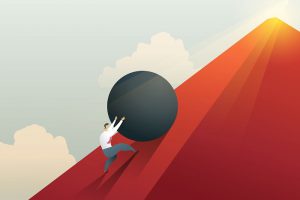 We are here again to simplify scheduling interviews. This time through MyNextHire Outlook Plugin!

Scheduling interviews takes a toll on recruiters and we understand that. To make it more simpler, recruiters can now schedule interviews using MyNextHire Outlook Plugin

What is the Recruitment Life Cycle? Recruitment life cycle, or popularly known as full-cycle recruiting, is a complete process right from initiating a need of